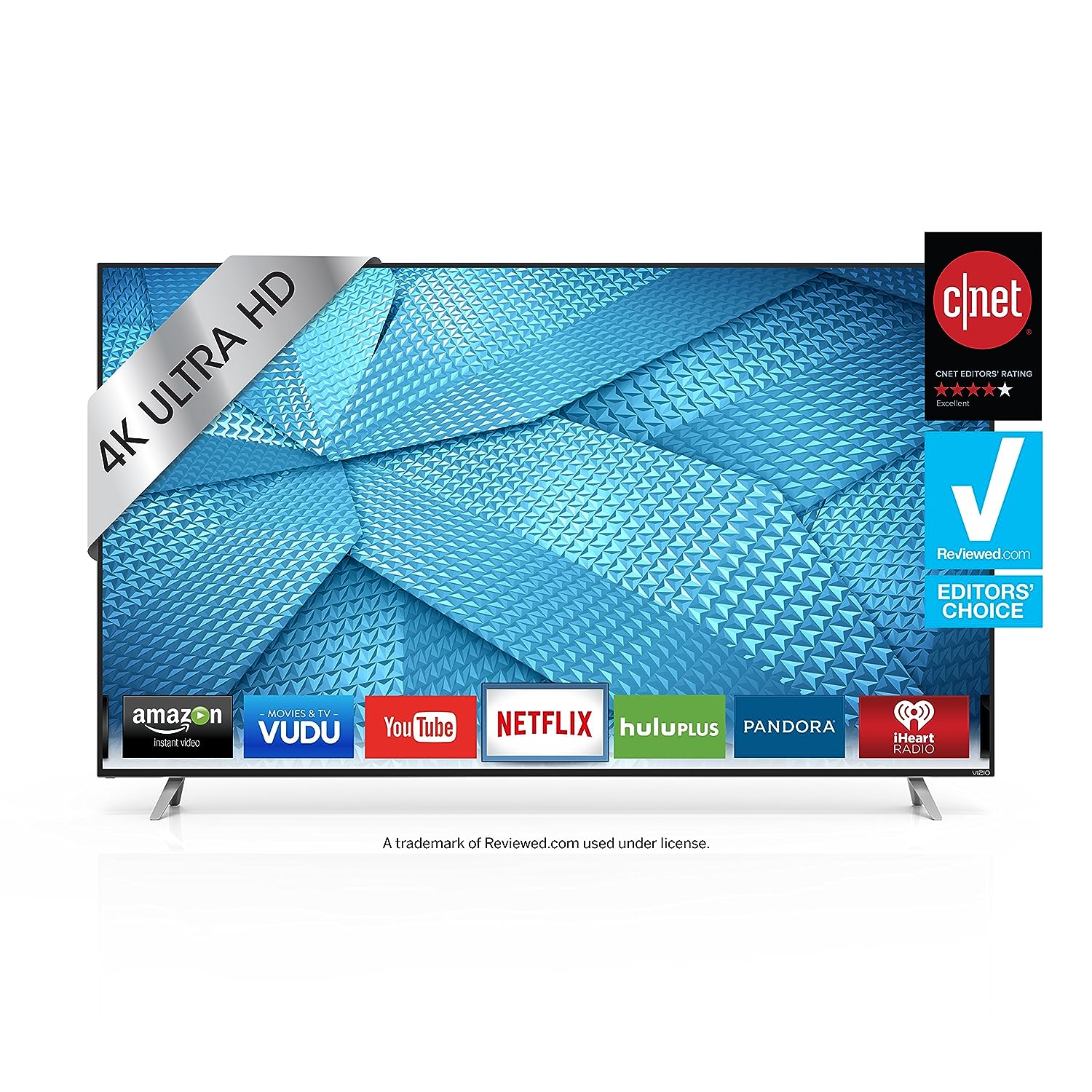 If you have finally decided to give in to the hype and get a 4K LED for yourself, the Vizio M55-C2 will be a brilliant decision. Vizio keeps proving itself as the master of modern television productions in the United States. It has proclaimed the title of the Best TV manufacturer of 2014, leaving behind competition like Samsung and LG.
The M series is its flagship series for 2015 and despite being at a budget cost to similarly featured competition, it performs better than most.

8.7
Our Rating
8.1
User Rating
You have rated this

Simple yet handsome. This would be a perfect statement to describe the Vizio M55 C2’s aesthetics. The flat screen does not boast the slick looks which 4K LED’s are known for, but it is still a nice design comprised of round edges and slim bezel. The sides and edges are brushed silver and are the trademark look of the M series in general. While the depth of the LED itself is two and a half inches, the sides look much thinner to the eye and give a refined look to the model.

The TV set stands on metalized feet, which are also brushed silver to complement the sides. However, the feet sit wide on the body instead of near the center. Therefore you would need a wide table to put it on, if you are planning to do so. The separation between the feet depends on the size of the TV you are planning to purchase.

Vizio is generally good with the user interface of its software and the case is no different for Vizio M55 C2. The menu is easy on the eye, simple to navigate and has a running on-screen assistant to describe the items and provide a complete inbuilt help manual.

The remote of the M55 LED TV is not very pleasing. One the front side, it consists of an ordinary layout of mono-styled keys without any backlight. On the opposite side, the remote has a complete QWERTY keyboard, which is better designed and has a backlight facility. However, overall the remote is still not very convenient to use and has a poor feel when in hand.

As far as the display is concerned, 4K is of course the most striking feature. Vizio says that you will be able to watch content at a which will be four times better than Full HD screens and at twice the pixel height of 1080p. Moreover, there are 32 full array dimming nodes behind the screen, which allows you to view pictures at a higher and clearer quality. The LED is using VA panels, which is better than the more common IPS display and display give higher black level performance. All these factors combine to give a great picture quality. While this is subject to the content you are watching, generally Amazon videos and Blu-rays give some excellent display due to the 4K support. Satellite channels on the other hand are softer in comparison, but still very accurate.

Before you start using the television, make sure you calibrate it properly as otherwise the picture results will be unsatisfactory. After setting, the color and picture accuracy is similar to the best TV sets around. If you are a game player, you are going to see how the TV display really enhances the picture of your games compared to your old TV.

Unlike other budget televisions from Vizio, the M55 4K TV has a great audio quality. The speakers are well balanced and on opposite sides of the screen. If you are a Vizio user, you would know that loudness is never an issue in their televisions and same is the case for this LED model. There is also a Surround Sound option which will let you enjoy a fuller sound.

Vizio has maintained the same Smart apps in the TV from last year. This means that you will only be able to access basic apps, without getting a browser or search engine. However, the preinstalled apps do contain a nice collection ranging from Amazon, Hulu Plus and Netflix to Pandora and iHeartRadio. You will also find news and weather apps from Yahoo. Given its 4K property you can view the content of these apps in the highest resolution, subject to availability. However, it should be noted that due to hardware limitations, Youtube videos cannot be viewed in 4K resolution, which might or might not be a bother to some.

The television has an inbuilt WiFi, which will connect to the smart services as soon as it is enabled.

The M55 C2 contains 5 HDMI. From those five ports, one is HDMI 2.0 which supports 4K input at a high frame rate. The rest of the HDMI ports are HDMI 1.0, which is the original version and can support 1080p content at a high frame rate and 4K at a low frame rate. Furthermore, you will also find a single USB port for regular input, a pair of component / composite video ports, legacy audio and video outputs and an optical jack.

With a more than competitive price for its features, Vizio has outperformed itself through the M series. While there are a few minor weaknesses which should have been covered by the company, overall the M55-C2 is a winner. Its high quality picture, sound, Smart apps and looks make it a great addition to your living room.

Shahzaib Anwaar
Shahzaib is a full-time freelance writer and a lead contributor at TVZeal. He specialises in reviewing smart tv products and technologies. With high attention to detail and thorough research, reviews written by Shahzaib are always of top quality. He will keep you updated with the best of the television world right here.
You might also like
4k ultra hd smart tvHDTV Reviews
Read More 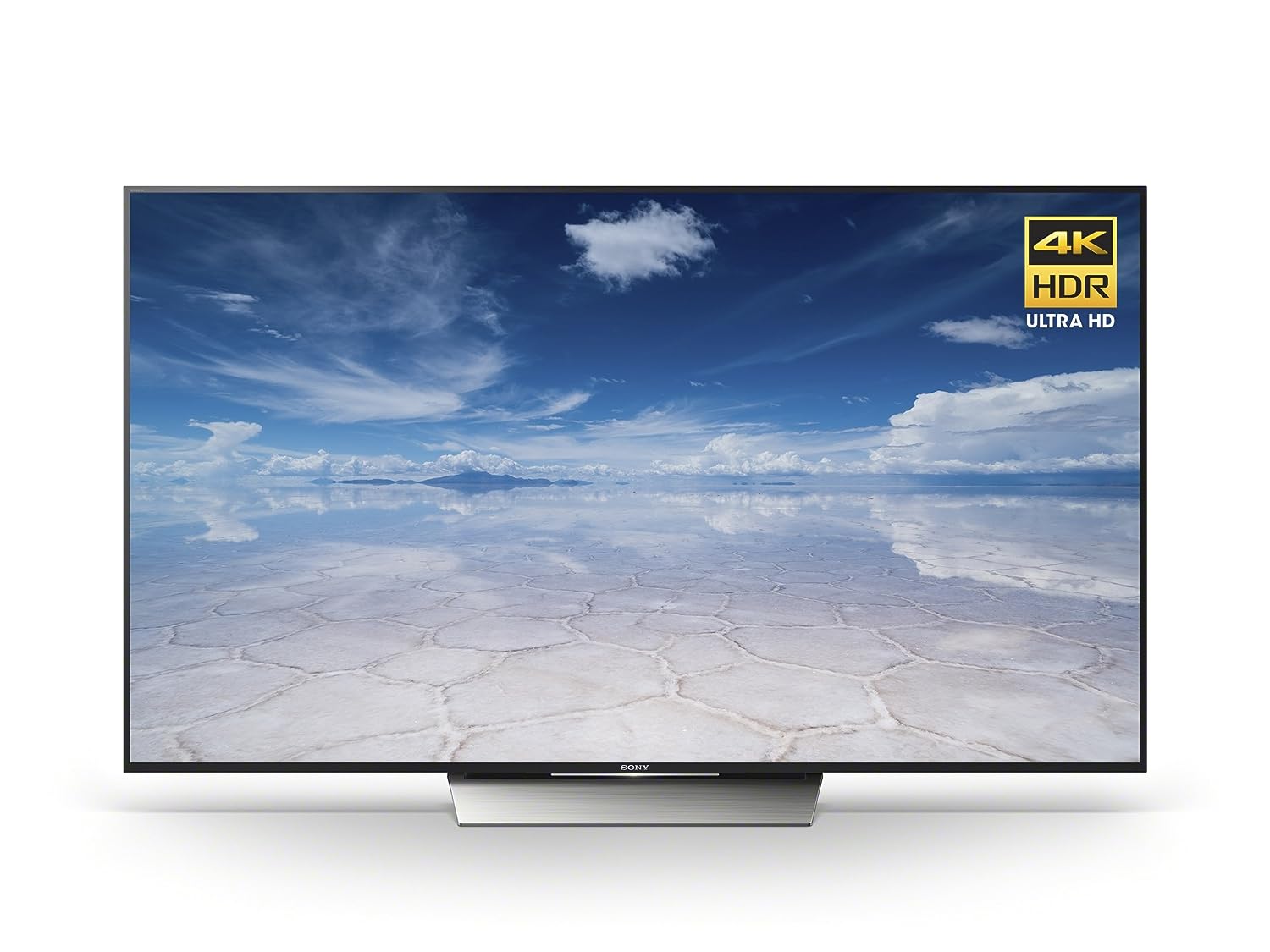 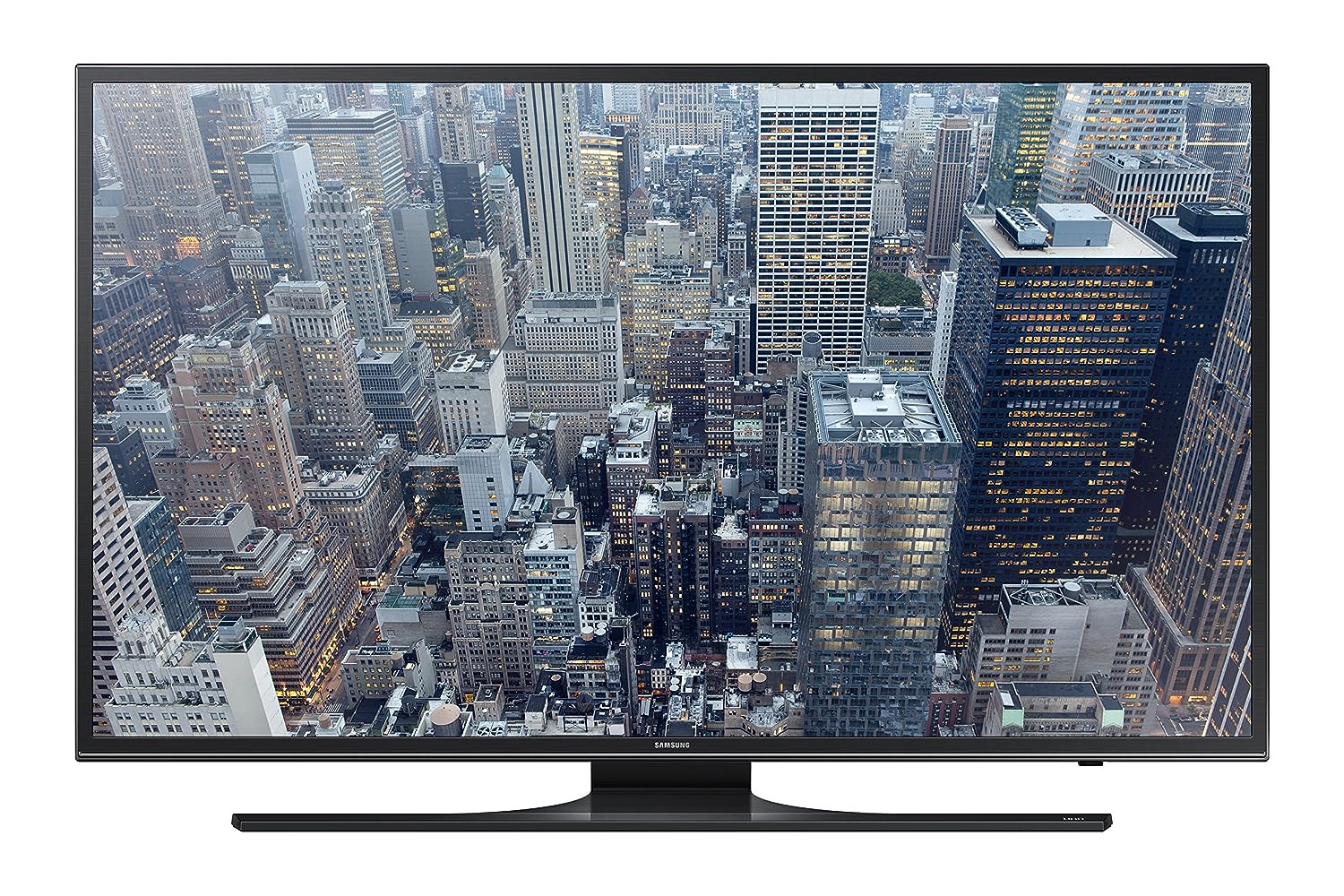 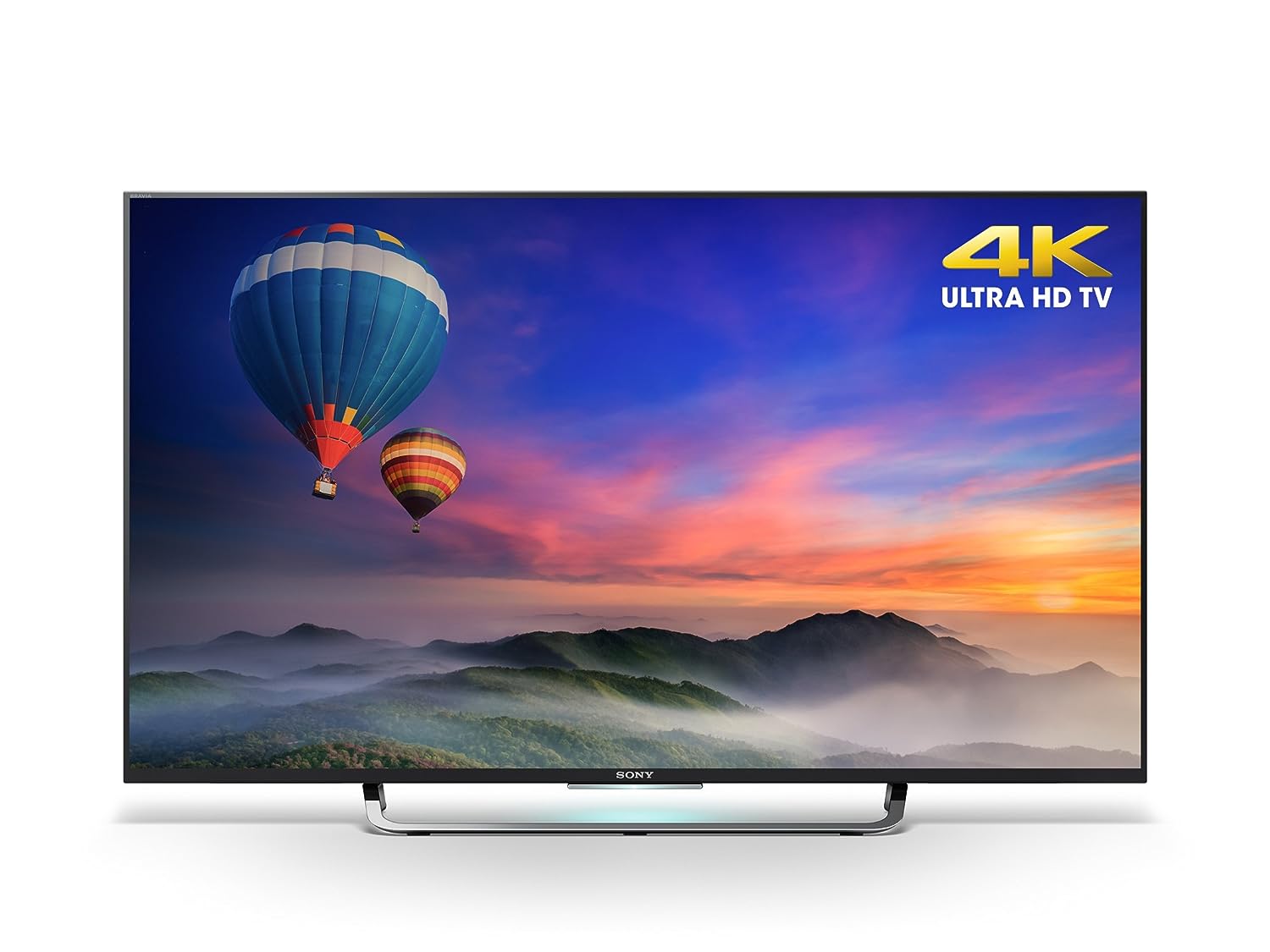 Bezel
The frame of the TV that surrounds the screen.
Composite Video
An analog video input, where the video signal is sent on a single cable. It cannot carry high definition or progressive scan signals.
HDMI
High Definition Multimedia Interface. A digital input format which is available on all newer TVs, and can carry uncompressed video, and up to 8 audio channels. It can also send and receive signals for compatible device control s, and it has a built-in content protection.