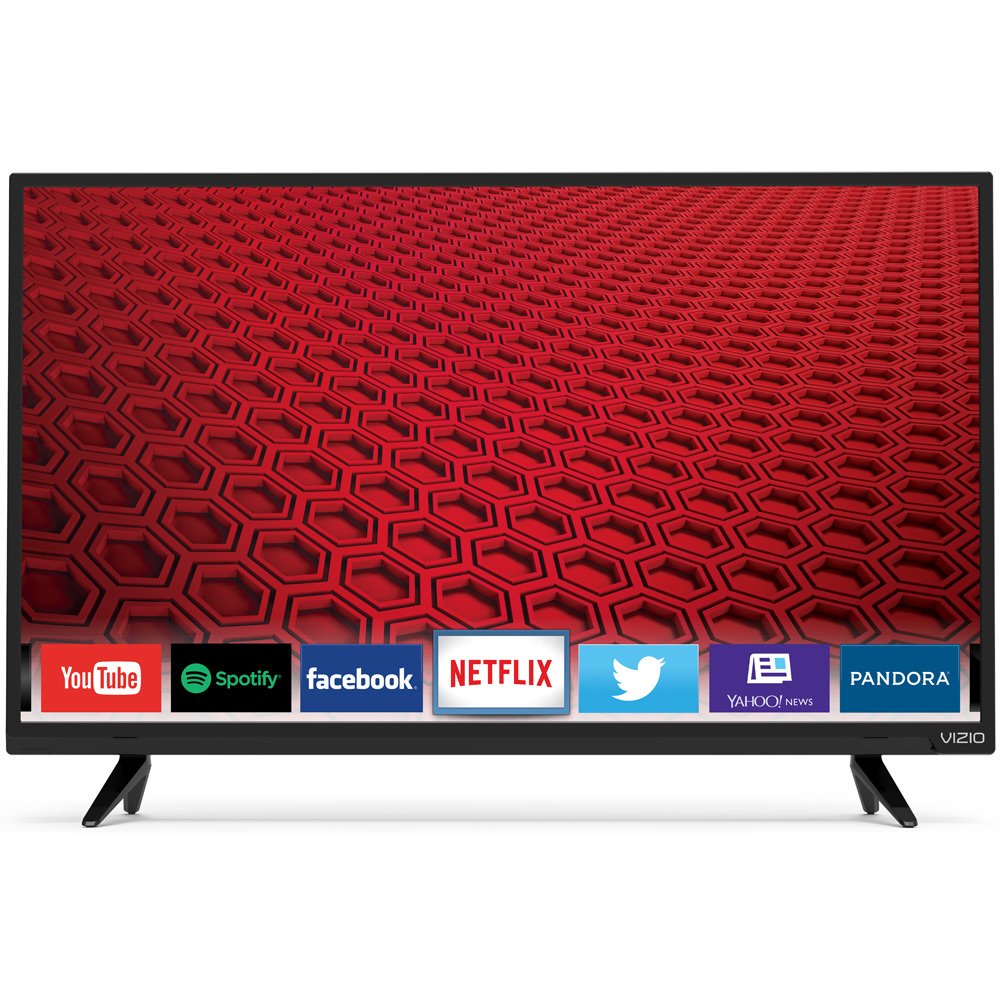 If you searching for a great HDTV - large screen, high quality display and with Smart operations- which is not heavy on your wallet, chances are you will land on the Vizio E50-C1. It has been a popular choice amongst moderates as their pick of the year, with Vizio’s top performing but cost effective parts installed inside. Vizio has been the number one TV manufacturer in the United States in the past year and is bending to become a major brand in this industry.

8.3
Our Rating
8.0
User Rating
You have rated this

The E50 C1 has been strictly designed to follow the trend of the E series. It has a minimal appearance. A thin black frame surrounds the frame and gives the smart LED a clean look, taking only half an inch. The frame is supported by two separate feet, which is unique in itself. However, this type of platform requires you to have a broader table to keep the TV on, especially since the feet are not adjustable. The feet, however, are retractable so you can take them out when mounting on the wall.
All in all, while the design isn’t eye popping, it isn’t very shabby either.

Vizio generally has a user friendly environment in its TV software. The case is no different for the E50-C1. The menu has large sized icons, which are easy on the eye and quick to spot. The icons are arranged in a symmetrically grid. The menu bar itself can be customized to serve your requirements. Staying on an icon for a few seconds will make its description pop out, with an option of accessing the electronic manual embedded inside.

There is not a lot of good that can be said about the remote, however. Vizio has followed a conventional approach with a simple design and press-on buttons sticking out. While there are dedicated buttons to start smart applications like Netflix and Amazon, there is no motion or voice control and nor any QWERTY keypad.

The E in E50 stands for entry level, which lowers down the expectations bar. On the contrary the E50C1 does a solid job in the display department.

The colors are accurate, albeit limited in range, and the contrast is more than satisfactory. In order to achieve perfect colors on the screen you should calibrate the settings prior to watching it for the first time. The blacks are dark and even when the screen is totally dark, the cloudiness is barely visible. Like all sets in the E series, the E50-C1 also has local dimming enabled. There are 12 active LED zones, which keep the objects in picture clear and visible, by making the black pixels darker and bright pixels brighter. However, in practicality the LED zones are usually ineffective for most pictures. The smart LED does not come with the option of 4K playing. This is a bummer as 4K is swiftly becoming the model standard in the industry and the modern TVs are usually expected to have the feature, even if at a lower standard than found in premium televisions.
The TV has limited blur by default, which means you can watch high action content with great details in pictures. If you want to boost this, you can activate the Clear Action mode which will remove any remaining blurs hindering your view. The only down with this is that when activated, the screen brightness will automatically lower down. The cancellation of blur is great in general and gamers will really appreciate it, especially during multiplayer action.

The E50 is not particularly known for the quality of its sound. Even though the speakers are very loud, the sound distorts when the volume is near or at maximum. The TV bass is standard quality This TV’s sound isn’t the best, and gets pretty distorted at high volumes. At low volumes the quality is acceptable but nothing more. This TV’s bass isn’t great either so do not expect it move your head when music is on. If you really want to get great sound quality you should invest in an audio system.

The Vizio Smart TV has a convenient system with no fancy gimmicks. There are pre installed apps like Youtube, Amazon and Netflix amongst many more. The apps are pretty useful but exhaustive and if you are left with wanting more, you will be disappointed due to a lack of a web browser. The Wifi is inbuilt and performs well. The signal reception is usually strong even if you are not on the same floor as the Wifi router.
As far as the performance is concerned, the smart functions work smoothly although you should update the system for a smoother experience. Streaming is fast and rather enjoyable.

The smart LED has a flexible range of options through which you can connect it with external content. On the side Vizio has installed a single port of USB, three ports of HDMI and a pair of Digital Out including an optical one. On the rear, the E50 possesses 2 ports of HDMI, a single Ethernet jack and two legacy ports.
The HDMI ports do not support 4K content.

While it is not the best of the best by any standards, if you are going to discuss budget TV’s you cannot not mention the Vizio E50C1. It brings you the quality and value while being affordable – all it was made for. So as a matter of fact it is a success in its performance and convenience, with the majority of users giving it a positive feedback.

Shahzaib Anwaar
Shahzaib is a writer and an editor who specialises in reviewing products and technologies. He will keep you updated with the best of the television world right here.
You might also like
vizio 1080p smart led tvvizio 50 inch smart tv reviewHDTV ReviewsVizio
Read More 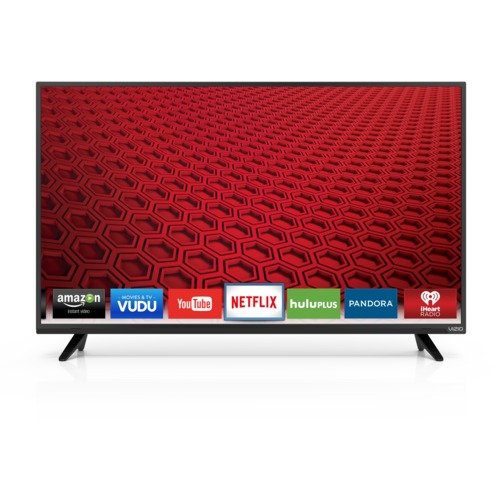 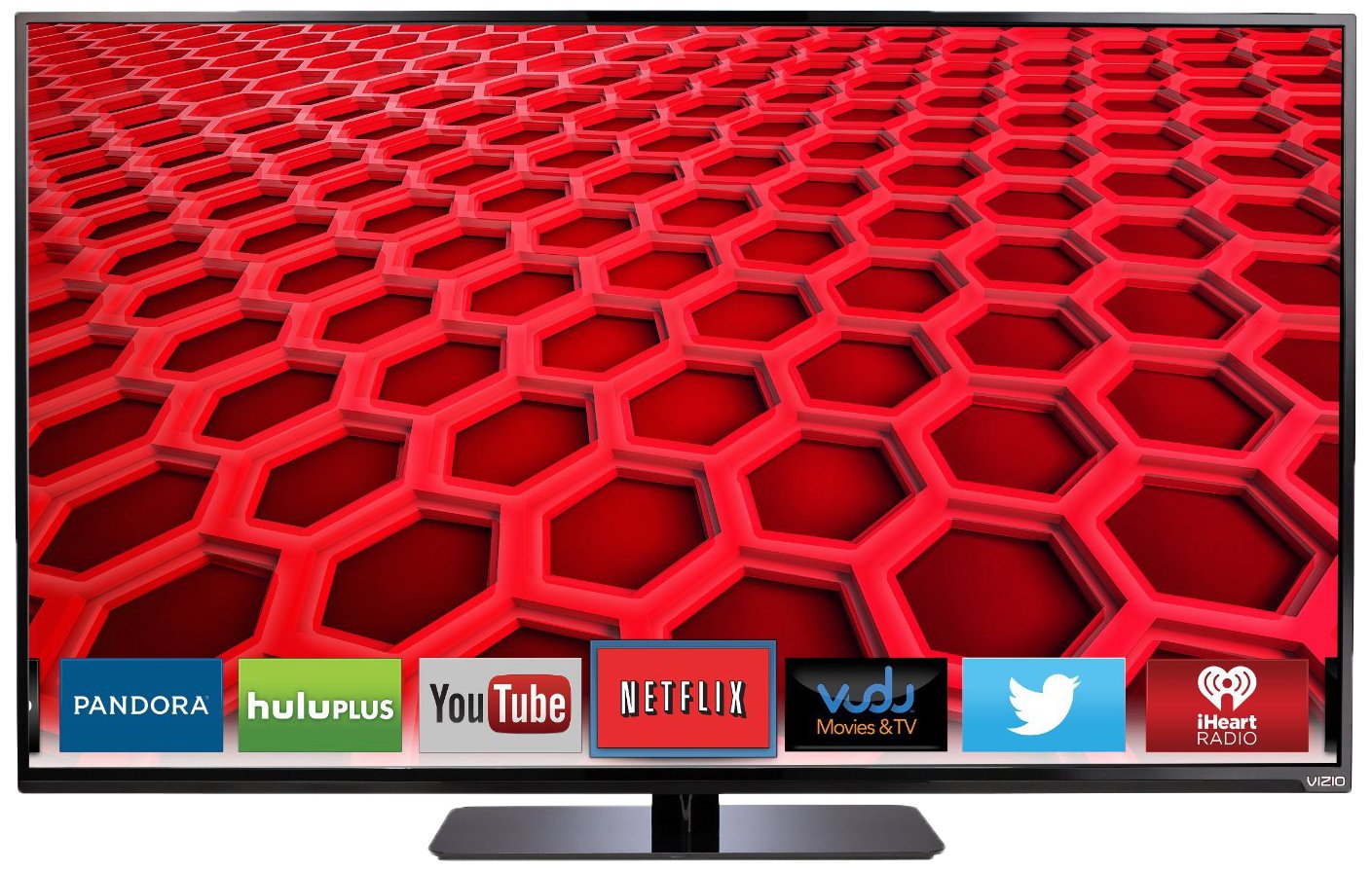 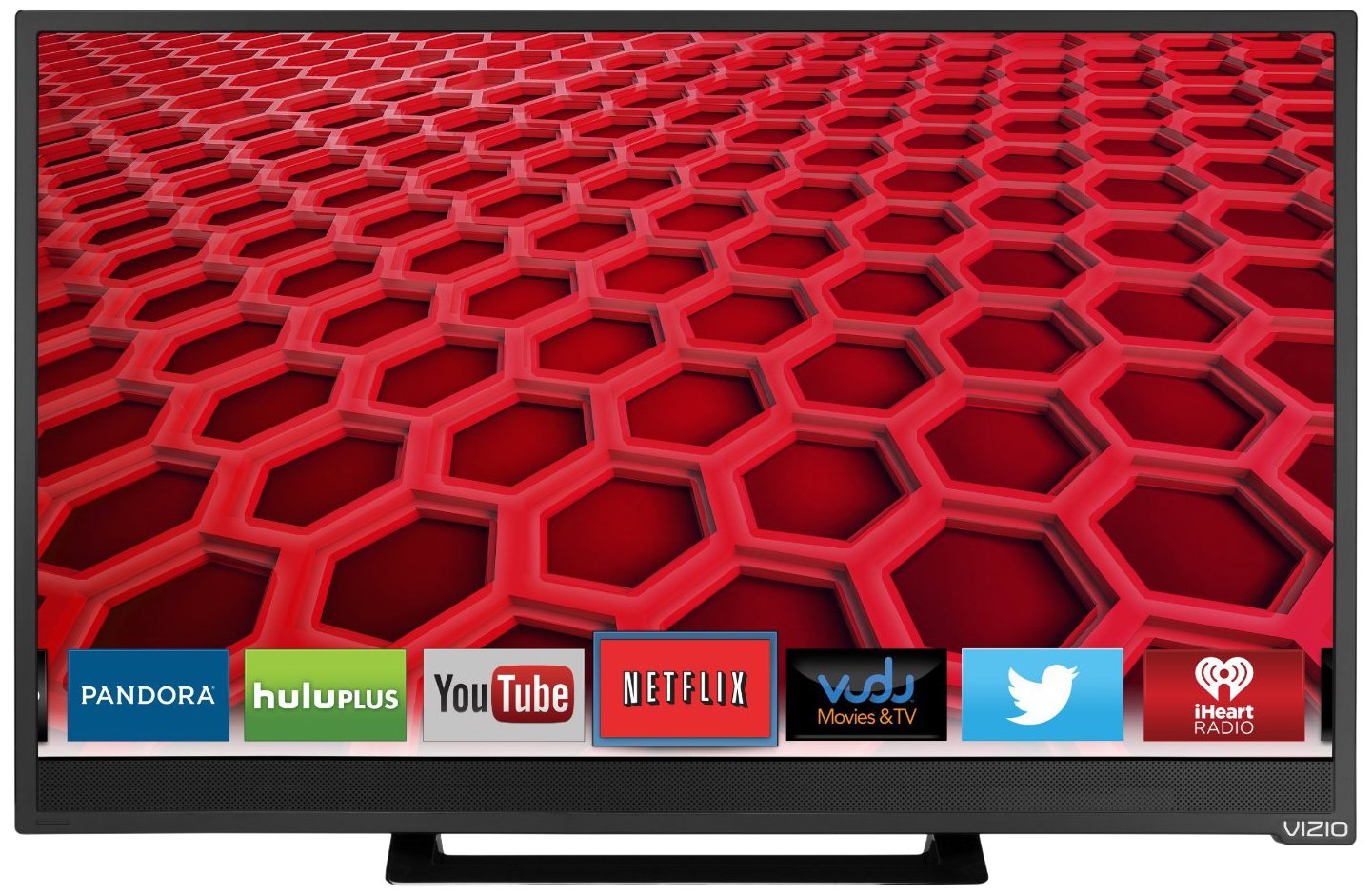