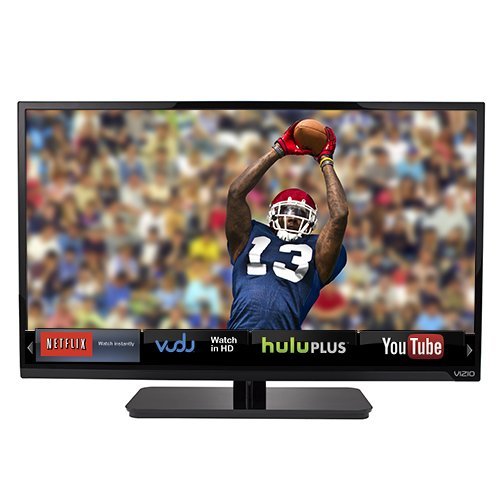 The VIZIO HDTV 2013 Model is easy to set up and once done there have been few complaints as it has proved to be a very reliable television.

7.1
Our Rating
6.7
User Rating
You have rated this

Along with the smaller size, there is also a desire for clearer pictures and this TV is able to provide both. There is very little of the frame that shows around the TV and this gives a unique insight into the program allowing you to feel that you are totally involved with the program.

The VIZIO LED Smart HDTV has Vizio Internet Apps built in Wi-Fi and gives the chance to get films the minute you want them. Just by pushing a button you will have access to music, films and TV shows, so the world of TV really is just at your fingertips.

Thanks to the LED backlighting whatever you watch is going to be bright and clear, and give you a whole new watching experience. The picture will always be totally life like and never look washed out or too bright. It also has green credentials as even though it is an LED HDTV, there is 50% less energy used when compared to TVs of the same spec. The slim-line frame means that you can get a bigger picture yet still put it in the space where a smaller TV had been. It has Energy Star so is dedicated to providing satisfaction to the environmentalists so you don’t need to feel guilty for having such a top quality television.

The VIZIO E320i-A0 weighs just 13.5 lbs and is a relatively small 28.7” x 19.2” x 7.5” and has a black frame. Inside this frame is a full HD 720p and along with the picture, has a good quality audio system. There is surround sound produced via SRS StudioSound HDTM.

The TV can be connected to many other devices including a Blu-ray player, games console or laptop and you can get access to Netflix and Hulu Plus. There is multi-media support so you are set up for music, video, DLNA and photo’s.

Shahzaib Anwaar
Shahzaib is a writer and an editor who specialises in reviewing products and technologies. He will keep you updated with the best of the television world right here.
Advertisement
Comments
Leave a response

DLNA
Digital Living Network Alliance, which is a standard that allows communication and content sharing between DLNA compatible devices. Unlike an HDTV's specific features, DLNA is a standard and will work across brands.