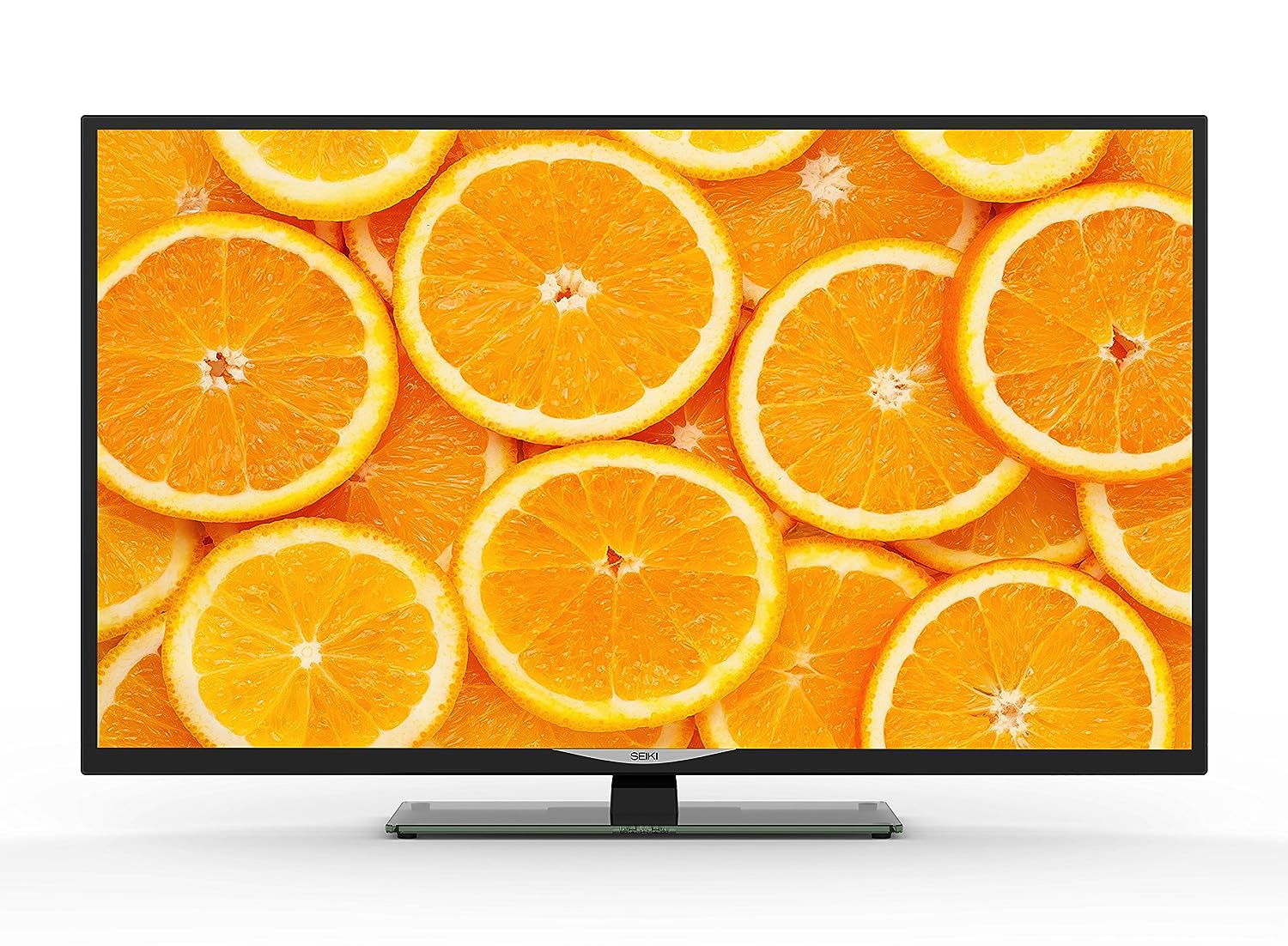 According to Seiki, it is part of one of the largest manufacturers of televisions (Tsinghua Tongfang Company, which is located in Japan, but their Seiki products are manufactured in the United States) in the world, thus allowing the brand to create considerable efficiencies in manufacturing, which results in substantial savings for its customers.

7.0
Our Rating
6.8
User Rating
You have rated this

The Seiki Brand, which is not yet a household name, believes that everyone deserves a well-made TV. Seiki goes to great lengths to make sure its TVs are the highest quality and available at a fair price.

Some features of this Seiki model:

Thin bezel design and P an all-black finish offers a sophisticated look and fits into any home environment.
Seiki’s HDMI connectivity technology delivers crystal-clear digital video, multichannel surround sound, and advanced control data through one cable.
The SE50FY35’s advanced LED backlit delivers the picture quality, with rich colors and sharp contrasts.
The SE50FY35 has both analog and digital outputs to connect to any surround sound system.
It does come with 1080P resolution, which is the new big thing.

Unfortunately, this model does not have an MHL port (for devices such as Roku), but does have a variety of ports, so there is a multitude of ways to go about attaching devices. Unlike many newer TVs, there is a 3.5 mm audio cable output they can be used for headphones/earphones/exterior speakers, and supporting sound bars. It has a coaxial cable port can also be used for some sound bars. And lastly, it even possesses an RF cable-out which can be used for antenna support.

Another nice feature about the SE50FY35 is the image quality, which can be especially important to gamers. The image clarity has been compared to LG, Samsung, Magnavox, and Vizio.

While there seems to be few complaints about the television itself, there is one problem that seems to be a complaint amongst consumers that have called Seiki’s customer service; claiming to get the endless runaround between departments at the company and the store of original purchase.

When you look at the actual star rating breakdown, you will see that the number of 5 star reviews totals all of the 1, 2, 3, and 4 star reviews. So it really seems to be a split decision on this television.

The price decidedly adds to the allure of this HDTV model, with a cost that would be considered fairly low. The general consensus seems to be this would not be a bad TV for a spare bedroom, kitchen, or garage. But as far as your main viewing television set, you are better off spending a few more dollars and getting something with both quality and customer service.

Shahzaib Anwaar
Shahzaib is a writer and an editor who specialises in reviewing products and technologies. He will keep you updated with the best of the television world right here.
Advertisement
1 Comments
Leave a response

Bezel
The frame of the TV that surrounds the screen.
HDMI
High Definition Multimedia Interface. A digital input format which is available on all newer TVs, and can carry uncompressed video, and up to 8 audio channels. It can also send and receive signals for compatible device control s, and it has a built-in content protection.
Resolution
The number of pixels on the screen, often expressed as width x height or number of vertical lines of resolution. 1920x1080 or 1080p are the same resolution indicating, the screen has 2,073,600 individual pixels.